Here’s an interesting relationship. The graph shows the percentage Republicans in the states Lower Legislatures versus the Upper Legislatures. 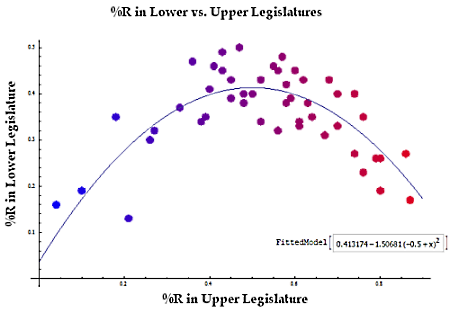 The data for this spreadsheet has been uploaded to this website’s wiki: Republican and Democratic Economic Data, Feb 2011